‘’I challenge poisonous patriarchal concepts through my work.

Language suggesting that being ‘white’ is superior slops from the offensive to the absurd, revealing snakes consumed by conformist insecurities and judgments.

While initially disturbing, this work seeks to offer an antidote that enraptures with visions of a more inclusive and dignified space; where difference is beautiful and celebrated.

This installation invites physical interaction with the projections. The language of ‘superiority’ poisonous patriarchy will be projected on the floor, to be stepped on as an act of resistance.’’

‘’This piece is probably the most targeted work I have ever created. It contains language and visual cues that are immediately identifiable to users of male dating/hookup apps but might seem foreign to others.

There is a certain dark aesthetic. We see the upper body and face of a naked male whose identity is obscured, performing reptilian movements to seek attention while uttering sinister voices expressing white supremacist views that he tries to justify while disseminating a chauvinistic, conformist attitude.

The movements are intended to evoke a sense of the compulsive repetitive nature of certain sexualized online behaviors and the excitement of ‘the hunt’’. Narcissism, fantasy character ideation, secrecy and grooming of others can all form part of this.

We see the character flexing and posing in what becomes an increasingly desperate and futile search for validation. This dark and compulsive world is finally counterbalanced by the smiling faces of a sublime reality of love and respect for oneself and others, and a relief from the prison of self-idolatry and judgment.’’   C 2021

His concepts originate from percipient observation and subvert traditional narratives.

Andrew's work has been acquired by collectors in Australia, New Zealand, Asia, Europe and The United States.

Techspressionism is an art-historical term to describe fine artists using digital technology to convey subjective, emotional content. The subjective lens of the individual artist rather than the product of a corporate studio are what connect Techspressionism to its predecessor, Expressionism. Expressionists present the world from a subjective perspective, distorting it radically in order to evoke moods or ideas, seeking to express their emotional experience rather than just an interpretation of physical reality. 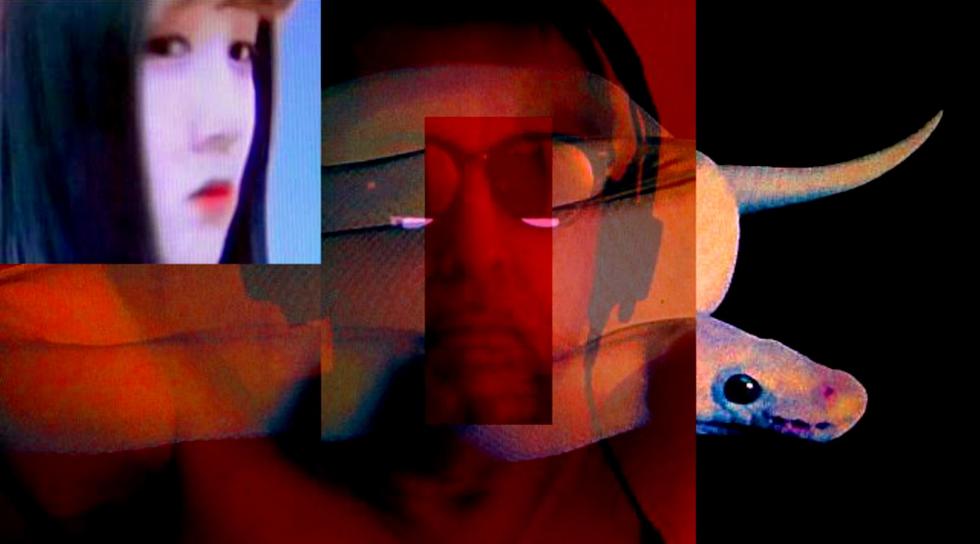